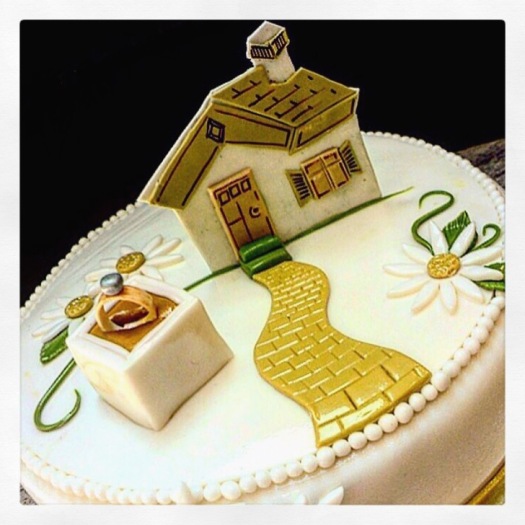 This was my friend Carnegie Smith* extolling the virtues of home ownership in a rambling succession of humble-brags about how that right-of-passage commonly known as mortgage approval made her feel like an actual adult and fully alleviated any internal pressure to find a husband.

“Any idiot can get married. Britney Spears proved that in Vegas. But when it comes to getting a mortgage, the banks really scrutinize your credit history, and it doesn’t seem to matter WHO your parents are!”

The only child of wealthy adoring parents, Carnegie had always considered her financial independence and fiscal prudence to be something of a lark until she applied for her first mortgage at the of age 31. Of the magic three criteria, Mommy and Daddy can leap to the rescue with INCOME and LIQUIDITY, but CREDIT HISTORY – by far the most important one – needs to be built solely by the applicant. And well in advance. Carnegie fancied herself something of mortgage prodigy at first, but soon learned that home ownership among millennials has become commonplace.

“More and more people in this country are being made aware at a very young age that throwing money away on rent is not a sound plan,” said Elise Leve, Senior Mortgage Banker with Citizens Bank. “They’ve seen the dollars of family members and friends being wasted away monthly with zero built in equity. And conversely, those who have purchased have seen the payoffs from appreciation of their property. When I enter people’s numbers into my Rent vs. Buy Calculator, they are stunned to see the net difference.”

Having worked with literally thousands of first-time buyers over the course of the past 25 years, Elise has seen the mortgage milestone evolve from no-brainer financial maneuver to validating achievement.

“Back in the day, you could get 100% financing with very liberal guidelines, and we as a country paid for that mentality with the crash of 2008,” Elise continued. “People today are being scrutinized more closely and going through an approval process that really means something once again. You start to see the personal impact as soon as someone gets the pre-approval letter, which is basically their ticket to shop. The home ownership process builds confidence and a sense of accomplishment.”

Given that the words “confidence” and “accomplishment” have always figured rather prominently in the value proposition for weddings and marriage, I rounded back to Carnegie who — thrilled to hear that her personal epiphany had genuine trend potential — expounded further. “You know what else makes getting a mortgage by yourself better than getting into a marriage with another person? You’re not vulnerable to somebody else’s history.”

When you apply for a mortgage as a couple they don’t average the FICO scores, they often go with the lower one and apply it both of you. This means that one of you can get dragged down by the lower score, and that can negatively impact the interest rate.

I checked with Elise who confirmed that when couples have their credit scores run in tandem, it invariably does turn into a competition. “In twenty-five years, I’ve seen exactly two ties. And the low score really matters because for approximately every 20 points down on the FICO score, the interest rate goes up 0.25%.

Even though I kind of knew the answer, I had to ask if being married increased the chances for approval.

“Oh heavens no,” Elise responded without hesitation. “Mortgage approval is one of the most objective and merit based procedures in modern life. Your mother may be freaking out that you’re not married, but the banks couldn’t care less.”

Every company has a story. Some have better stories than others so I choose carefully. Over the course of my career in Public Relations I’ve had a knack for knowing what role I needed to play in any given story at any given time. Advocate, Agent, Analyst; sometimes it’s all three at the same time. When I believe in something, or someone, I know how to communicate crucial details with clarity, transparency and in a manner that will establish trust. I can be reached via email at Pete.Holmberg@York24.com or by phone at 917-501-7434.